Happy Easter!  We headed to Cisco, Texas again for the annual Sneed family reunion at Lake Cisco Christian Camp.  It is always such an amazing weekend and such a blessing to reconnect with aunts, uncles, and (many) cousins that we usually only get to see once a year.  I believe Hannah is part of the fourth generation of this family that has been getting together since I was a baby.  It started with my grandparents generation: six brothers and two sisters along with all of their kids and grandchildren.

It was always so much fun going there year after year while growing up.  We'd meet up with cousins and have a blast exploring the camp, hiking, and hunting Easter eggs.  I will always treasure going to my great aunt's farm and singing hymns together as a family by the bonfire.  I love being able to share with Hannah the strong family connections and the rich Christian legacy that this family has passed down to each generation.

Hannah had a blast at "the camp."  She made fast friends with her cousins and spent almost the whole weekend outside, covered in sidewalk chalk, bubbles, and dirt. 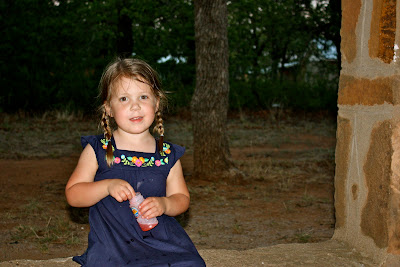 Having fun with Uncle Jonathan! 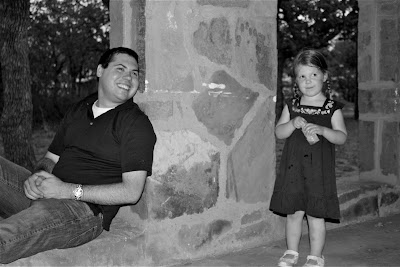 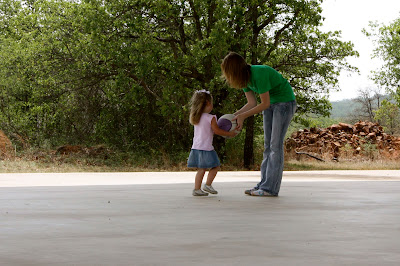 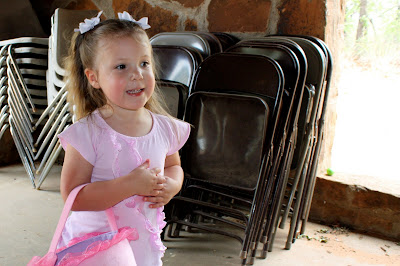 Almost all of the "little" cousins right after the egg hunt.
I have many pictures that look just like this from when we were kids. 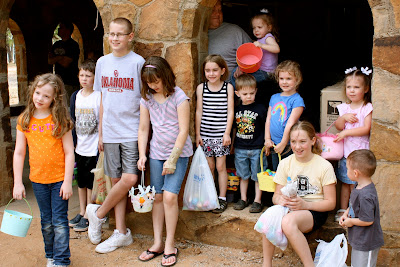 Hannah and Zoe... they were good buddies the whole weekend.
I am not sure of the technical relationship, but their grandparents are first cousins. 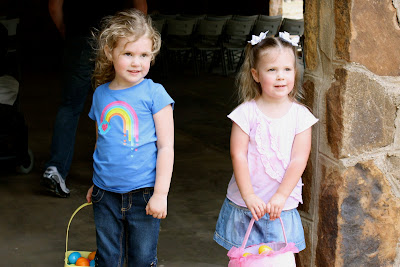 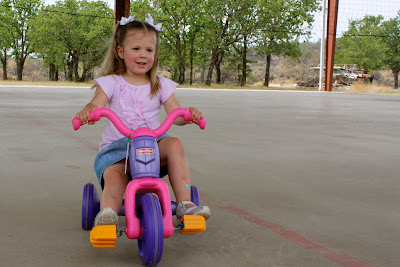 Posted by Joni McDoniel at 5:14 PM No comments:

In "Disney language," special moments that happen in their parks, resorts, or on their ships are described as Magical Moments.  They are typically moments that you don't expect, they take your breath away, make you choke up, and usually make you a Disney Fan for the rest of your life.

We saw all of the characters multiple times during our week onboard the Disney Wonder.  It is Hannah's favorite thing to do when we are at any of the Disney Destinations, especially now because she loves getting them to "sign their name" in her autograph book.  She loves running up to them, handing them her book, giving them BIG hugs, and chatting with them.  Many of the characters love seeing her!  They give her big hugs and kisses, make hearts with their hands, and (those who can) chat with her for several minutes.  (I imagine they get tired of the screaming and pushy kids (and parents)!)

During this cruise we experienced something new that we had never even heard of before.  On the last night, all of the characters come out to the lobby for a "Till We Meet Again" meet and greet one last time before all of the guests go home.  During dinner that night, we received an invitation to meet with the characters prior to "Till We Meet Again" for a private meet and greet with about half a dozen other families.  It said because they enjoyed visiting with your family so much that the characters wanted one more chance.

We were expecting Mickey, Minnie, and maybe a few princesses but were totally blown away with who showed up!  We got to see Mickey & Minnie, Daisy & Donald, Goofy, Stitch, Peter Pan & Captain Hook, Ariel, Snow White, Tiana, Cinderella, Belle, as well as several pirates and other characters from the stage productions onboard.

The event was a big dance party and started off with Anne Marie (from one of the shows, Disney Dreams) taking Hannah's hand and pulling her into the sea of characters to dance and mingle.  We were blown away with the whole experience and were thrilled to see that not only were the characters excited to see Hannah but they also knew her name.  Hannah loved every minute of it and had a hard time settling down for the night afterwards.  Not only was this the highlight of our cruise, but it is an experience and a Magical Moment that we will treasure for a long time.


Hannah and Anne Marie, the main character from the show, Disney Dreams.  The award-winning show is a must do when on board the Disney Wonder or Disney Magic.  As you can see, Hannah was a little in awe with the whole experience.  Anne Marie grabbed Hannah by the hand at the beginning and took her into the crowd of characters almost faster than we could keep up.  She was so sweet and hung out with Hannah through most of the event taking her to other characters she wanted to meet.
Chatting with Snow White
Hanging out with Belle
A big bear hug from Mickey
Loving on Minnie
Minnie taking Hannah to meet others
Hugging Daisy
Playing with Stitch
Posted by Joni McDoniel at 5:28 PM No comments:

A few weeks ago, we headed west for a wonderful vacation onboard the Disney Wonder.  We cruised out of Los Angeles to the ports of Cabo San Lucas and Puerta Vallarta.  It was great week of relaxation and a chance to "unplug" from the world for the first time in a long time.
Hannah had a great time deciding which character she wanted to visit with next.  We saw all of the princesses at least twice, Mickey, Minnie, Chip and Dale, Stitch, Donald, Daisy, Pluto, and Dopey (and probably others I can't remember at the moment!)
During the cruise, we went to a Princess Tea Party (of apple juice and chocolate chip cookies) with Snow White and Dopey who taught the little girls how to "properly" drink tea.  Hannah loved it!
My parents were able to travel with us and we loved having them with us, especially Hannah.  She thought she was pretty cool to have all four of us to herself.

Posted by Joni McDoniel at 4:43 PM No comments: