One of my favorite pictures ever of Hannah is this one taken on Christmas Day in 2008.  She was nine months old and we were in Walt Disney World.  We found Chip and Dale hiding in a corner of Disney's Animal Kingdom.  Hannah just thought it was the funniest thing to be in between the two chipmunks and sat there with a huge grin on her face. 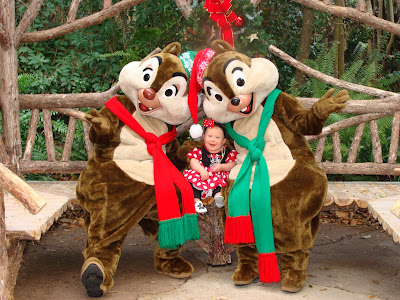 Fast forward almost three years.  We just got our Photopass pictures back from our latest trip in December to Walt Disney World and I found this one.  I had forgotten all about it!  We found Chip and Dale again decked out in the Christmas gear in front of the same gazebo.  Chet told them about the picture that we had done before and they immediately grabbed Hannah and sat her between them.  I love watching my girl grow up with these fun memories! 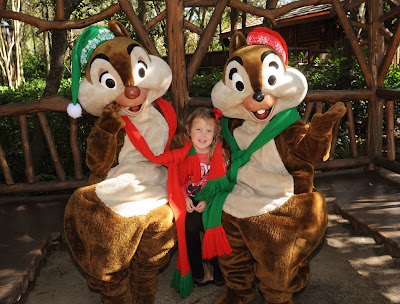 Posted by Joni McDoniel at 8:41 AM