We celebrated Hannah's 4th Birthday yesterday!  Her actual birthday isn't until next week but we planned it early just in case.  This year is the first year that she really understands what a birthday is.  In the past, we have only celebrated with immediate family with a simple celebration at home.  This year, we invited other four year olds from school and church and had a blast at her party!
Hannah decided that she wanted a Rapunzel birthday party!  Rapunzel has been the favorite princess for a long time.  I think it is because her dress is purple and that is Hannah's favorite color.
Hannah in her Rapunzel dress from our Walt Disney World trip this past December. 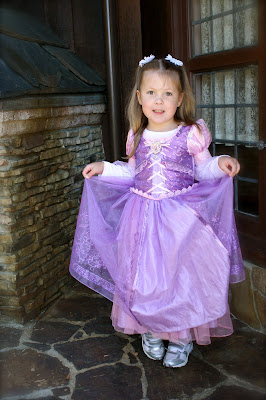 We held her party at our church building.  There is an indoor two-story playground that we have the option to rent out.  It was the perfect place for this very pregnant mom to host the party.  The party host helped with setup, keeping the party going, and even cleanup (and for a very reasonable price!).  We are so thankful for all of her help and loved being able to actually enjoy the party! 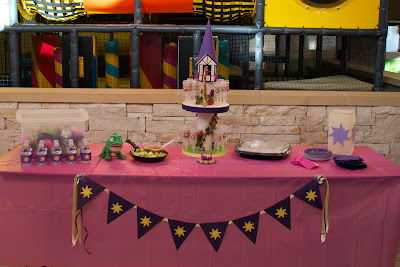 When we first starting planning this party, Hannah wanted me to make Rapunzel's tower as the cake!  That is way beyond my cake decorating skills so I made the tower as the cake stand.  I have been working on the {creative} details for several weeks, trying to do a little bit at a time.  I think that has been as much fun as the actual party.  Hannah would get so excited every time I finished a different aspect. 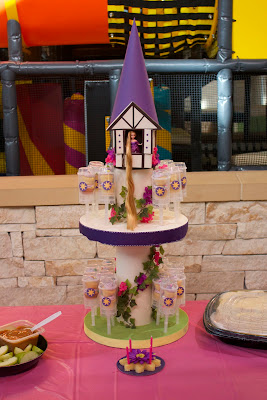 For the cupcakes, I made push-up pop cupcakes.  I found the idea on Pinterest and thought they were so cute!  They are like the old push-up pop ice cream containers that we used to have as kids but instead of ice cream, you can fill them with cupcakes (or anything else you want).  Hannah loved them!  Since we had the early (9:00 am) party time slot, we also had apples and caramel dip and Chic-fil-A chicken minis (yum!). 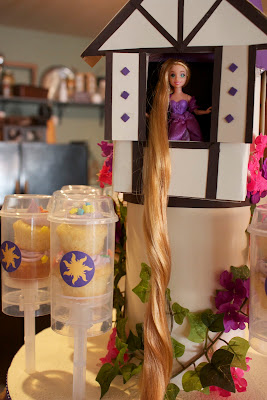 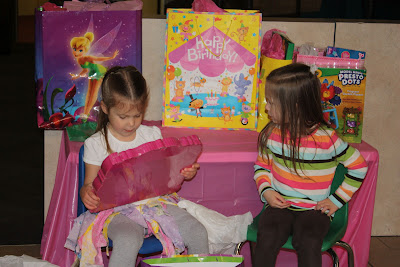 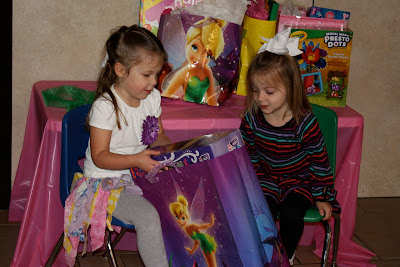 Playing on the Playscape 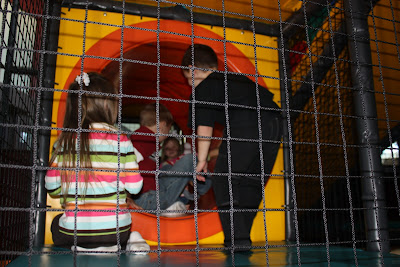 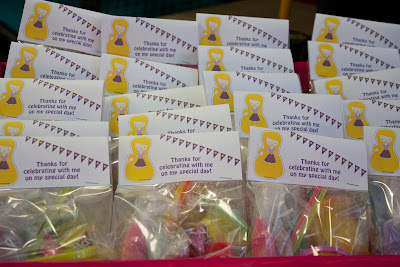 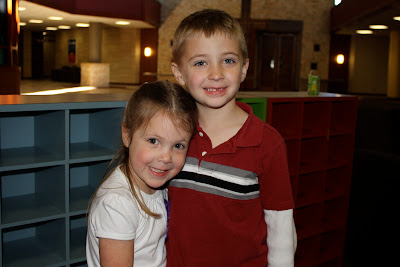 After the party, we headed to out to an early lunch with my family and a few more presents.  Such a great morning!  I think this face says it all! 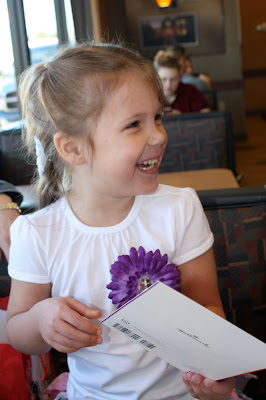