We made it to Tennessee and have already had quite the adventure! We are all a little road weary after having been in the car for about three days. We stopped in Little Rock for Friday night and made it here late Saturday evening. Our day started early Sunday morning. Chet and his dad spoke in Tullahoma, TN and in Cookeville, TN that day. Each about ninety minutes from Nashville and sixty minutes from each other. It was a great day, though! A lot of lives were touched, we visited with several different family members, and met a lot of interesting people.
Even the van has had enough of driving everywhere! The shock absorber broke last night, making an awful noise as we drug it down the pavement. We are thankful that it waited until we were pulling into Chet's aunt and uncle's driveway and not on the highway. After searching all day for the part, the local repair shop has one that will be here later this week so we can continue our trip onto Kansas City early next week. Although, Chet and I were a little bummed about not being able to get out and explore the city, Hannah was ever so grateful not to have to be in her carseat again! 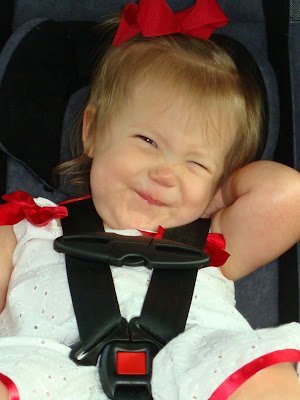 Freedom! (Really, we are teaching her to say touchdown so she can be ready for football season!) 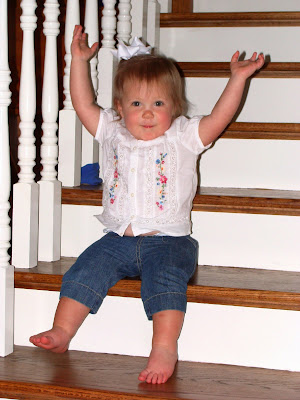 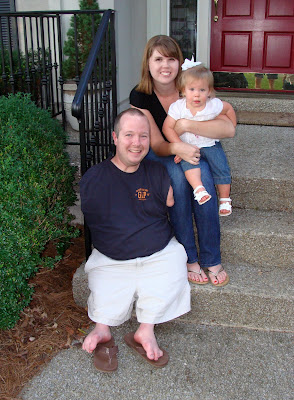 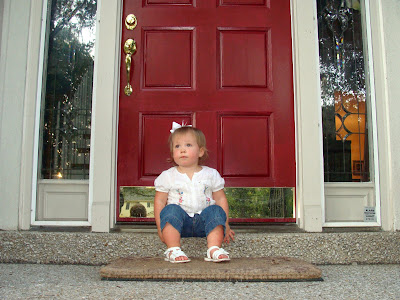 My favorite pic of the day! 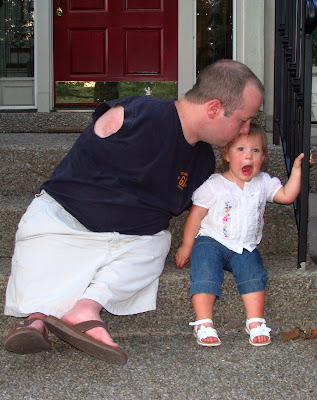 Posted by Joni McDoniel at 9:22 PM